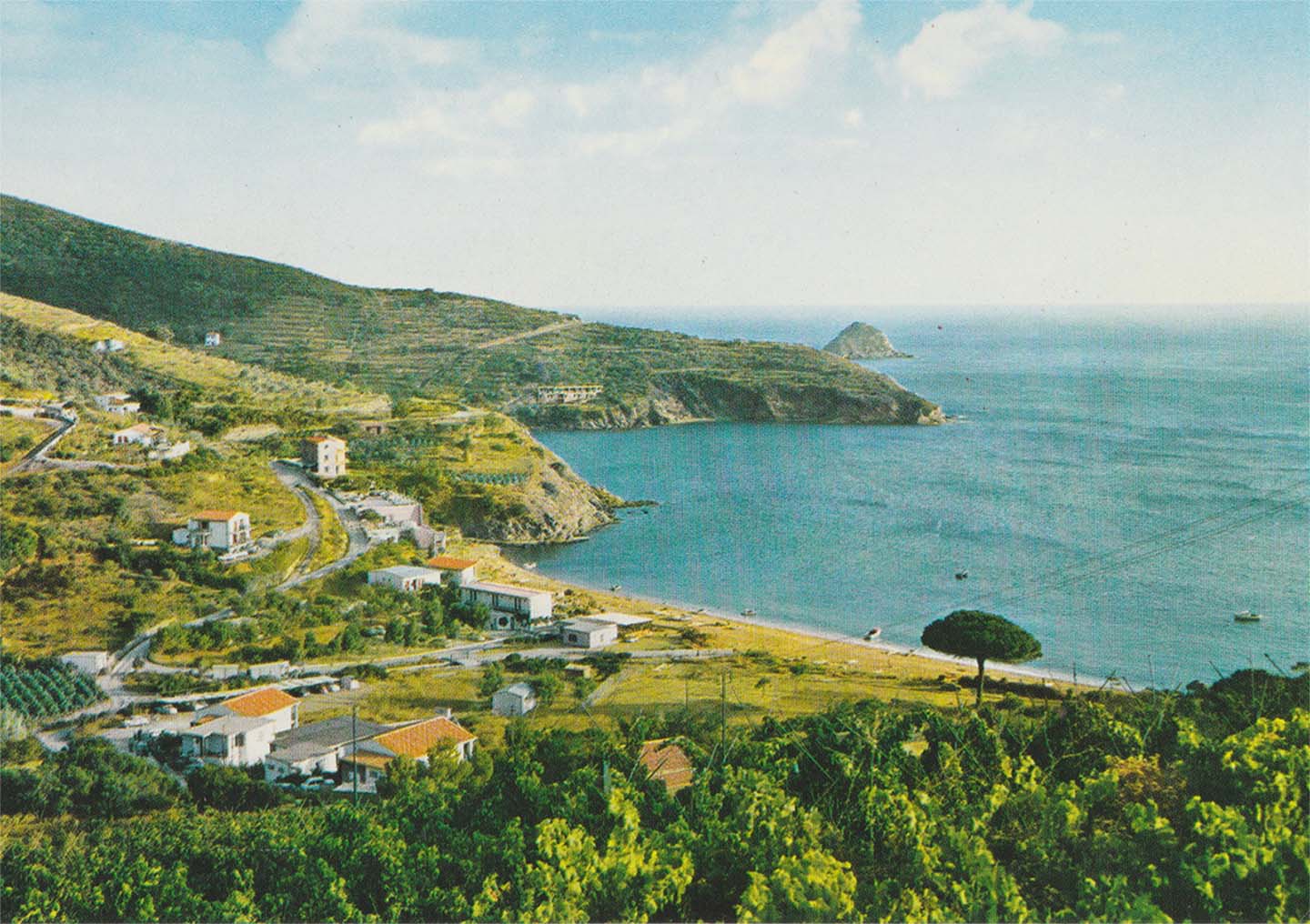 Up until a little bit more than fifty years ago, Morcone was not the tourist resort it is now. The landscape only featured a few rustic buildings, the so-called “magazzini”. At the end of the nineteenth century, many inhabitants of Capoliveri emigrated. So did our great-grand parents Paris and Meri, who had to leave their village to try their luck in Australia, even though they were land owners. Only after several years could they finally come back to Capoliveri, at the beginning of the 1900's. They brought their four-year old son with them, our grandfather Augusto. Paris was a farmer and a fisherman. At the time people used to cultivate the grapevines and fruit trees mostly. Our land, including the part which now hosts the residence, was covered in a huge vineyard running down to the sea and only interrupted by the dry-stone walls. Paris also bred goats and was always accompanied by his donkey Moretto. My grandmother Meri was born and raised in Capoliveri where she lived with her parents and sisters. During summer the family moved to Morcone in one of the “magazzini”: a large room in which the family cooked, ate their meals, worked and slept. At the beginning of the fifties Augusto and Meri got married. In 1956 Miriam was born. A few more years passed before the first hotels started appearing. In Morcone the first hotels were the Scogliera and the Drago. Some years later some people from Germany started investing in our territory and progressively changed its appearance. It is only in 1966 that grandfather Augusto built the first part of the residence with his own hands. He had worked as a blacksmith so far, but thanks to the money he had got from the sale of some land, and through harsh work and the help from some manual workers, he started this new activity. Later on, the second part was built too and this became Meri and Augusto's work. Many years have passed since then, the family grew and generations keep passing: Augusto and Meri, Miriam, Francesco and Nadia, Diego and Livio. In the meantime our residence has changed and evolved too, but we keep respecting our traditions and welcoming our guests with kindness and cordiality.